LYNN HUMMEL ON THE LAKE ARTICLES

Lynn Hummel, local columnist and author, has occasionally researched topics that help us to understand aspects of the the Lake. Below are three articles of interest regarding the lake written by Lynn Hummel.

The history of Long Bridge: Deadshot, the mayor, and more

Editor's note: This is one of a series of articles about the culture and various features of Detroit Lake. Lynn Hummel is a retired Detroit Lakes attorney who pens the weekly "Pony Express" column for the Tribune's opinion page.

Editor’s note: This is one of a series of articles about the culture and various features of Detroit Lake. Lynn Hummel is a retired Detroit Lakes attorney who pens the weekly “Pony Express” column for the Tribune’s opinion page. 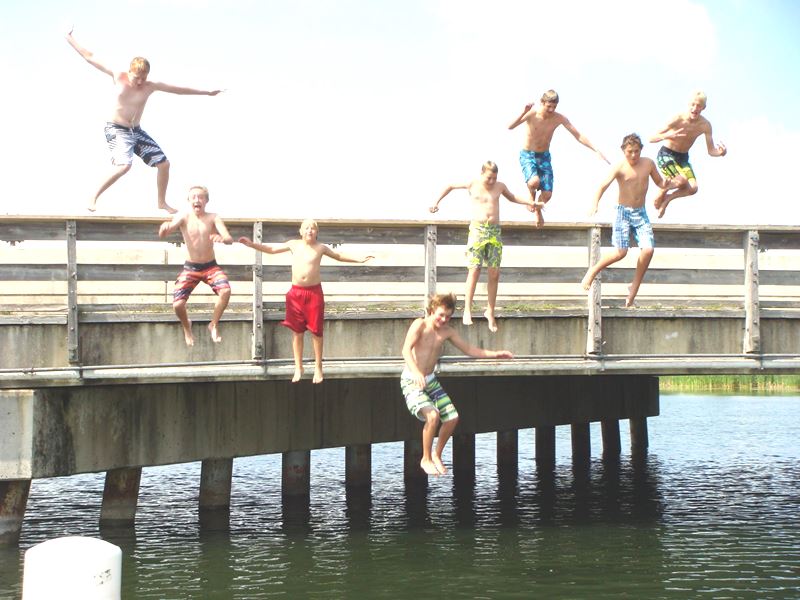 Yes, Long Bridge has had a mayor. Charles Chesley was recognized as the mayor of Long Bridge, having fished there since 1934. Later, the mayor was Dr. Mel Morrow.

But more about Chesley and Morrow later. First, let’s look at a short history of Long Bridge.

Three miles southwest of downtown Detroit Lakes, Big Detroit Lake has an arm listed on maps as “Curfman Lake,” but known locally as “Deadshot Bay” (see more below on the Ghost of “Deadshot” Esterly). Big Detroit and Deadshot Bay were connected by a narrow channel about 140 feet wide and 40 feet deep.

The Big Dock: Swimsuits for rent

From the beginning, there was a big dock on Detroit Lake. It's still there, on the south end of Washington Avenue.

On May 12, 1911, the Detroit Record recorded that "F. M. Weiss has decided to operate a boat livery in connection with the Park Hotel which his father has opened on the lake shore at the foot of Washington Avenue. Mr. Weiss has purchased an outfit consisting of nine launches and fifteen row boats and will also keep bait and fishing tackle in abundance at all times. A small stock of confectionery and tobacco will be kept at the hotel and fishermen and campers will be catered to in an up-to-date manner... His dock, which is now under construction, will be 16 x 100, a large portion of it undercover." 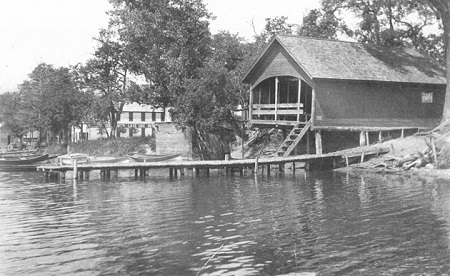 The Miracle Mile: How DL's City Beach came to be

In the beginning there was chaos. It was ugly. During the period between 1940 and 1960 the shoreline of Little Detroit Lake along West Lake Drive deteriorated rapidly. A small area near the city campgrounds was the only place that had limited use for swimming. 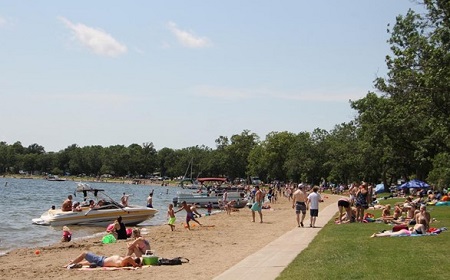 City storm sewers had deposited tons of silt into the lake. There were extensive weed growths throughout the shoreline areas, most intensely near storm sewer outlets. Broken concrete slabs were laid along the banks intending to prevent erosion. There were steep banks along the water's edge leaving no flat shoreline areas that could be used as a beach. Some property owners on the north and west of West Lake Drive claimed ownership and preferential rights to the use the shoreline for docks. But they did not wish to assume the responsibility of removing debris or maintaining a clean shoreline. As a result, the beach was unsuitable for swimming, boating or other recreational use.